Get Pricing Book Meeting
Learn more
Having supply chain issues? Get your system quickly up and running with our software-defined AV-over-IP platform.

The latest in a series of new apps that provide AV solutions for the enterprise, powered by Userful’s modernized services platform for visual applications 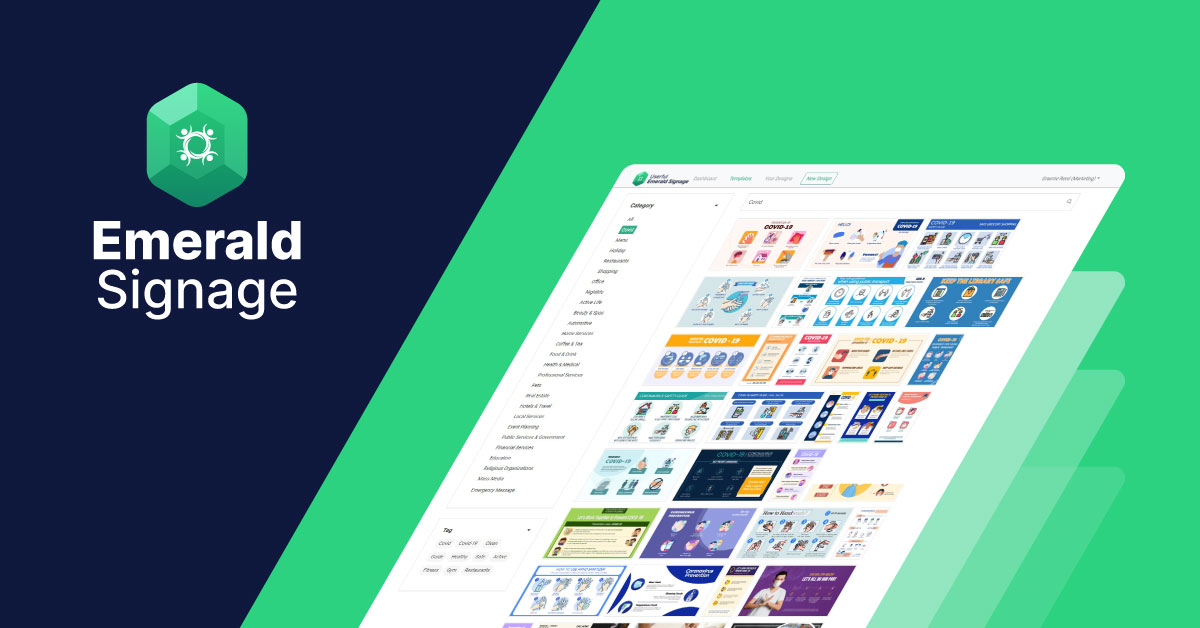 Userful Corporation, the provider of the leading software-defined AV-over-IP platform for the enterprise, announces the release of a new corporate signage application as a part of its award-winning Visual Networking Platform—Userful Emerald Signage.

The Emerald Signage application sits at the front-end of the Visual Networking Platform and enables corporate end-users—from the heads of HR departments to communications managers or administrative staff—to easily author, deploy and manage the content on signage displays anywhere in the world.

As part of Userful’s Visual Networking Platform, IT departments can easily integrate Userful Emerald Signage, along with any other visual applications and services, into its network infrastructure while maintaining administrative control, ensuring data privacy and network security. Userful’s Visual Networking Platform gives the IT department the management tools and control it needs while Userful Emerald Signage delivers content creation and management capability to each individual department.

“Emerald Signage is the first solution of its kind and a breakthrough in the digital signage space.” says, John Marshall, CEO, Userful. “As part of the Userful Visual Networking Platform, it allows organizations to break down silos across departments by unifying its corporate communications on a single platform, administered via its IT infrastructure, but deployed by each individual department, thus streamlining operations and facilitating better employee engagement through elite visual communications.”

Some key features include: