SpearTip is a cyber counterintelligence firm that proactively protects their diverse range of multinational clients against cyber threats of all kinds.

SpearTip is a cyber counterintelligence firm that proactively protects its diverse range of multinational clients against cyber threats of all kinds. Their team of security analysts is constantly monitoring malicious activity and potential vulnerabilities to provide their clients with industry-leading protection. Their 24/7/365 Security Operations Center (SOC) is at the heart of their counterintelligence activity.

The SpearTip SOC is a busy place with as many as 25 or 30 people on the floor at once. They operate 24 hours a day 365 days a year and when they needed a new video wall for analyst collaboration and for situational awareness in their SOC, management knew they needed a solution that had the robust capabilities required for a mission-critical environment.

Ben Auton, SpearTip’s Vice President of Operations and Information Security Services, was familiar with video wall solutions and other AV deployments from his time as an Adjunct Professor of Cybersecurity and Information Technology Specialist at Maryville University. The first option he considered for Spertip’s mission-critical video wall was a Crestron solution, but he’d seen the programming headaches and complexity that could be involved. Auton wanted a solution with enterprise-class features like Crestron, but with none of the programming headaches. After careful consideration and a review of features and architecture, Auton and his team at SpearTip chose the Userful Visual Networking Platform for their mission-critical Security Operations Center.

SpearTip deployed an eight-screen operations center video wall driven by an on-premise server. SpearTip is a Mac shop and they opted to connect Apple TV to the Userful server which allows analysts to use AirPlay to quickly share their desktops or other content. SpearTip made use of Userful’s ability to display dashboards and other web-based content directly from the Userful server allowing analysts to share web-based dashboards and other content relevant to any incidents they might be covering.

Userful’s command and control interface has made it easy for analysts to share any content at any time and quickly collaborate. The team has important presets saved for a quick change and can use Userful’s software KVM capability to control the mouse and keyboard of any interactive content shared on the video wall.

One of the key benefits of choosing Userful was that the SpearTip team found it easy to learn and easy to use and the solution required no custom programming to deploy. He added that he estimated “we probably ended up spending 20% of what we would have on the overall deployment” if they’d used a solution like Crestron. The total cost of ownership, Auton pointed out, includes programming, training as well as unexpected things like networking. With Userful the networking has been simpler and more straightforward forward and no changes were required saving them money on networking equipment.

Having seen Userful at work in their Security Operations Center, and having gotten to know how the Userful Visual Networking Platform works, Mr. Auton has now begun the process of expanding Userful to support displays in their training room.

Copyright © 2020 Userful Corporation One of the benefits of the Userful platform is that it allows customers to deploy any display application. Customers such as Separtip often start with an Operations Center or Control Room video wall then expand to other use cases such as corporate communication, training rooms, meeting rooms, team dashboards.

The ability to manage the entire deployment through a single set of management tools will help ensure SpearTip’s Total Cost of Ownership remains low even as new applications are added. 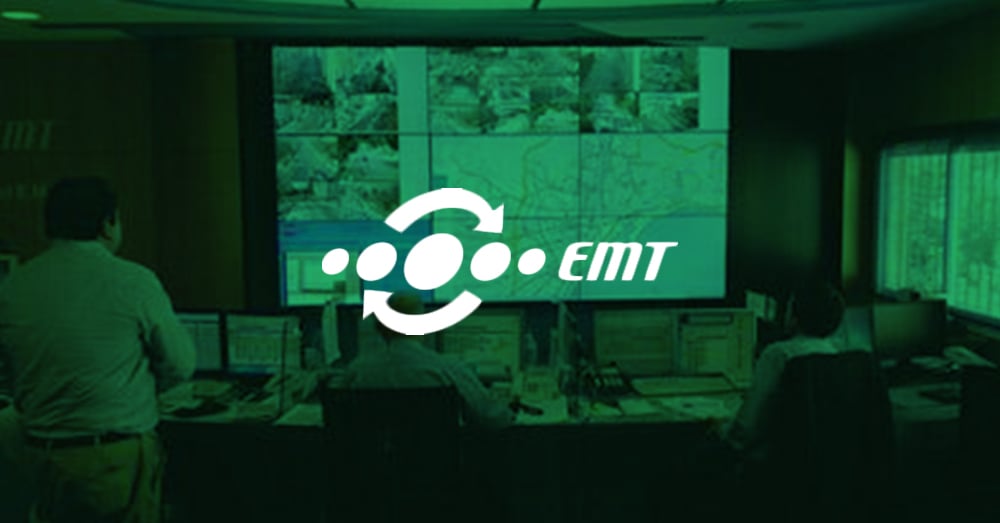